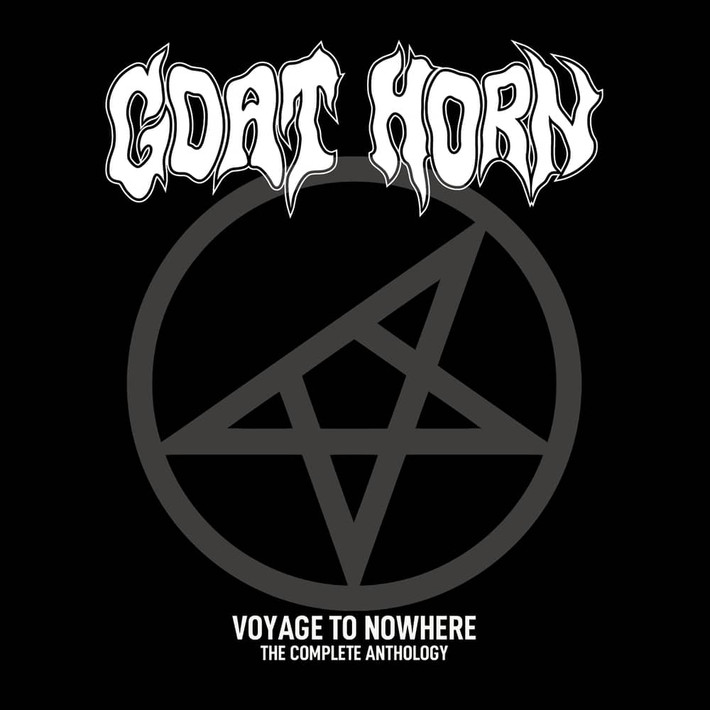 36 track triple CD package from Canadian Heavy Metal warriors Goat Horn featuring three full albums and bonus tracks culled from the period 2001-2005. Housed in a deluxe digipack featuring three discs, this is the definitive document of one of Canadian Metal’s must underrated and cult acts

Featuring a detailed essay from legendary journalist Malcolm Dome, who conducted exclusive new interviews with the band especially for the release. Dome sadly passed away shortly after completing the interview, and the release is dedicated to his memory.

CD 2 features the classic follow up ‘Storming The Gates’ including a cover of ‘Re-Animation’ by Sacrifice, and comes complete with four bonus tracks including a live cover of German legends Helloween’s ‘Heavy Metal (Is The Law)’

CD 3 features their final recordings before the band split; titled ‘Threatening Force’, it comes complete with six bonus tracks, some of which would become material for the next incarnation of the band, Cauldron.

Goat Horn was founded in 1999 in Ontario, before relocating to Toronto. Seemingly out of step with prevailing trends in Metal at the time, mixing traditional Heavy Metal, a love of English doom masters Cathedral, and a punk attitude, the band adopted a steadfastly DIY approach that saw them tour Canada and the US before imploding in 2006.

Band leader Jason Decay rose from the ashes of Goat Horn with a new act, Cauldron, who went on to release three albums for Earache, followed by two more, the last of which, ‘New Gods’, surfaced in 2018.

Three albums from the early 2000s from celebrated stoner/sludge and heavy metal outfit Corrosion Of Conformity. Featuring bonus tracks and liner notes by Malcolm Dome including recollections and...

BulletBoys formed in Los Angeles in 1988, just in time to take full advantage of the hair metal and glam rock scene that was the rage of the clubs and bars of the Sunset Strip. Signing to Warner Bros...

L7 originally formed in Los Angeles in 1985 when Suzi Gardner (guitar, vocals) and Donita Sparks (guitar, vocals) joined forces with Jennifer Finch (bass, vocals). An all female band in a...