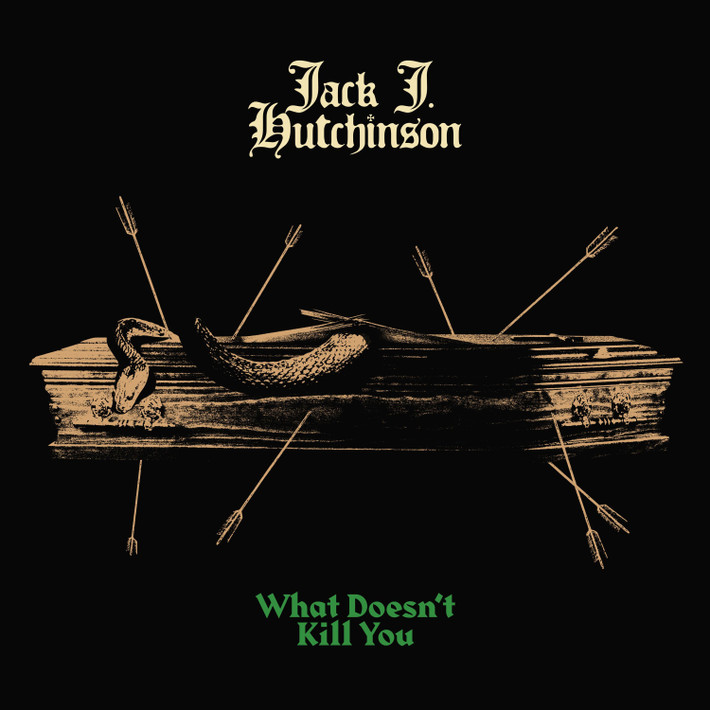 Blues-Rock guitarist Jack J Hutchinson unleashes his new studio recording, 'What Doesn’t Kill You', a 4 track EP mixed by legendary producer Kevin Shirley. The new EP marks the first studio recordings from Hutchinson since his critically acclaimed album 'The Hammer Falls' was released earlier this year. It includes new versions of three of the tracks from that album, plus the brand new song 'Days Of Thunder'.

Hutchinson comments: “To be given the opportunity to work with Kevin Shirley was a dream come true. He’s produced some of my favourite artists, including Led Zeppelin, Iron Maiden and The Black Crowes, so I jumped at the chance. We recorded the new material in the midst of my recent UK Tour, so me and the band were cooking from being back on the road. Kevin gave the tracks a new sense of energy and power.”

Accompanying the CD version of the EP is a bonus DVD, featuring ‘Behind the Scenes’ footage of the EP recording, plus 6 music videos from 'The Hammer Falls'. “It was fun watching the studio footage back. It captures the nuts and bolts of the songwriting process, and how some of these songs came together. The DVD acts as a nice companion piece to the new EP and also my latest studio album 'The Hammer Falls'.”

1. What Doesn’t Kill You (Only Makes You Stronger)

3. Down By The River

1. What Doesn’t Kill You (Only Makes You Stronger)

As 2015 swept in it brought with it a solid revival of traditional Metal bands. A chance encounter and request brought and offer to Tony Dolan ( Vocalist and Bassist) to reform the line up of Venom...

In 1992, Blind Guardian released 'Somewhere Far Beyond', a legendary milestone of German speed metal. Three decades later, their latest offering, 'The God Machine', shows how to awaken the furore and...

Throw on '1985' and it only takes a few seconds of opening track “Inner Mounting Flame” to make it abundantly clear that Talas are back, and sounding every bit as good as in their heyday...

London based guitarist and singer songwriter Jack J. Hutchinson releases the title track from his new album 'The Hammer Falls' as cassette single, limited to 50 copies The album has been released to...

Hotly tipped London based guitarist and singer songwriter Jack J Hutchinson is pleased to announce his new 7” single ‘Call Of The Wild’. Described by Classic Rock Magazine as...