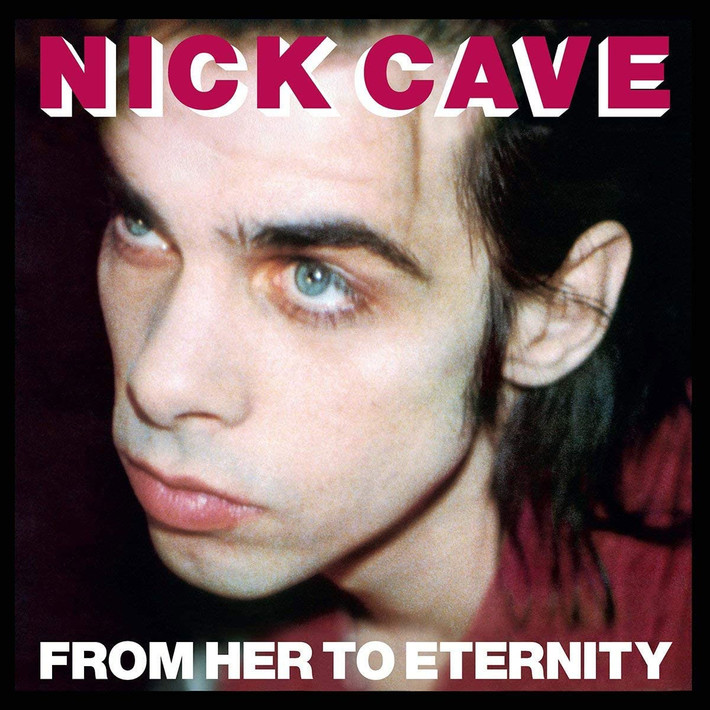 Following the break up of Nick Cave’s former group The Birthday Party, Cave and drummer/multi-instrumentalist Mick Harvey put together a new band featuring Einsturzende Neubauten guitarist Blixa Bargeld, additional guitarist Hugo Race, and ex-Magazine bass player Barry Adamson. The band entered the studio on September 20th 1983, and after some sessions, emerged as Nick Cave & The Cavemen, playing their first gig in Melbourne on New Year’s Eve 1983. The name was short-lived, and was soon amended to Nick Cave & The Bad Seeds, in reference to the final Birthday Party release, ‘The Bad Seed’ EP.

Most of ‘From Her To Eternity’ was recorded in London, with sessions split between The Garden studio in Shoreditch, and Trident, in Soho.

Cave later said, "Well, I guess we weren't kicking people in the teeth anymore. I mean, it just became different. I wanted it to be more lyrically orientated and getting Blixa Bargeld in the group made an incredible difference. He's a completely kind of atmospheric guitarist and incredibly economical and it gave me room to breathe”.

The album, produced by Mick Harvey and Flood, was released on 18th June 1984 on Mute Records, Cave’s label for more than the next 25 years. It received great reviews upon its release and is recognised as one of the most timeless albums of the ‘80s.

A1. Avalanche
A2. Cabin Fever!
A3. Well Of Misery
A4. From Her To Eternity

Halestorm 'Back From The Dead' LP Black Vinyl